Home » Part 1 – What are PHS ? » PHS should therefore be a political priority from an economic and societal point of view

Given all the contextual elements listed above, the PHS background may seem highly unfavourable. However, opportunities exist to create a positive environment for the successful deployment of PHS. As discussed, demand is higher than the formal and affordable supply. The provision of personal and household services has many positive collective externalities for society as a whole, such as the reduction of undeclared work and unemployment, the strengthening of social cohesion (for both users and workers), the progress towards the reconciliation of people’s professional and private lives and help with reintegrating into the labour market. For that reason, “in order to internalize such collective benefits, it makes sense for the state to subsidize substantially the consumption of such service” (Defourny, 2010). As such, the main positive externalities of public support are: 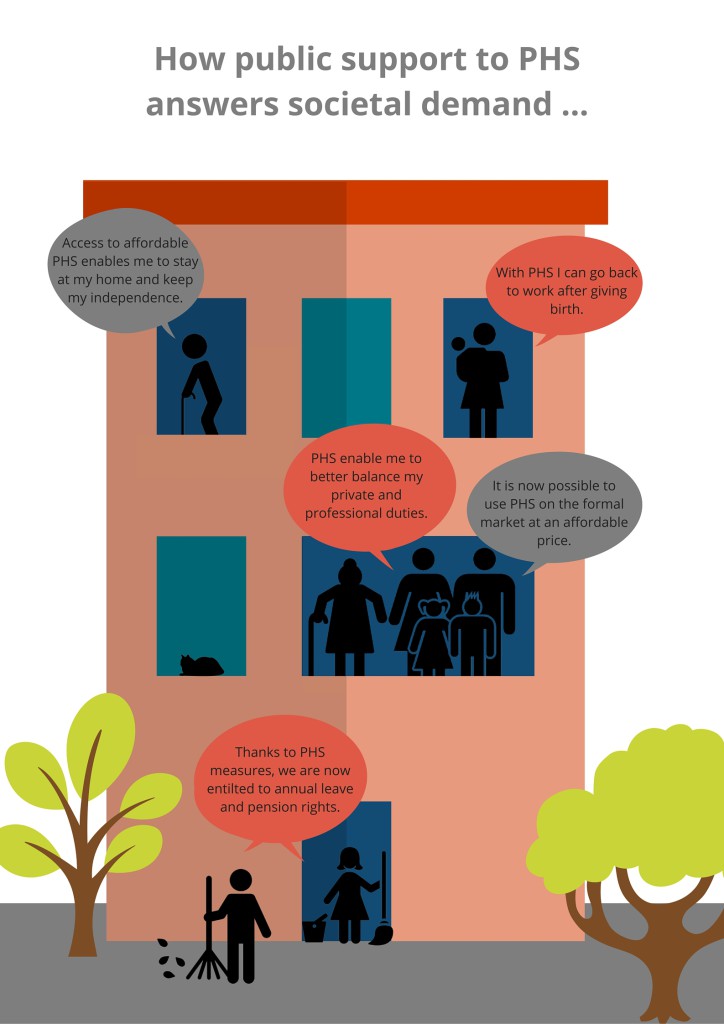 Next: Part 2 : under what framework do PHS take place ?